In 1966 parasite control had been revolutionised by the introduction of benzimadazole (BZ) drugs resulting in significant improvements in equine health and performance.  Horse owners were advised to deworm using these new drugs every 8 weeks (Drudge & Lyons, 1966).

In the subsequent decades, the new anthelmintic (antiparasitic) drug classes were introduced, and dosing continued to follow an 8 week cycle.  The dosing cycle was linked to the life cycle of the most prevalent equine parasite at that time, Strongylus vulgaris.

The aim of the 8 week interval dose program was to prevent egg shedding of Strongylus vulgaris in the gastrointestinal tract by treating all horses in this frequency year round.  None of the drugs at the time were able to eliminate parasites outside the gastrointestinal tract or when the parasites were in the encysted stages. (Kaplan & Nielsen, 2010)

In the early 1980s, another parasite superseded Stongylus vulgaris in its prevalence in horses, cyathostomin, which accounts for virtually 100% of the stronglye worm egg ouptut of grazing horses.  The ‘small red-worms’ life cycle is shorter than the Stongylus vulgaris (5-6 weeks) and may undergo a period of ‘arrest’ on pasture (climate dependent) and on entering the horse may reside encysted in the gastroinstestinal tract for periods ranging from about 4 months to as long as 2 years. (Kaplan & Nielsen, 2010)

In a number of large multi-state studies in the last 15 years the US has demonstrated resistance in two of the three anthelmintic drug classes, with the exception of ivermectin.  The concern held by the international community of veterinary parasitologists is how long will ivermectin remain effective against cyathostomin?  (Kaplan & Nielsen, 2010)

Recent research in Australia has found anthelmintic resistant populations in all three drug classes of the most pathogenic parasite of immature horses, Parascaris equorum.  Ivermectin was found to be ineffective on three of the five farms in the study. The authors make the comment that whilst this is the first report of ivermectin resistance in Australia, it was not unexpected.  (Armstrong, et al., 2014)

Given the increasing evidence of anthelmintic resistance, it’s not just a matter of adjusting the dosing cycle to match the life cycle of the parasites. Anthelmintic drug class rotation, originally recommended in the 1960s because few drugs at the time were broad spectrum, has been employed to prevent drug resistance, with no evidence of effectiveness (Barnes, Dobson, & Barger, 1995) (Unlinger & Kristula, 1992)

Goal: To limit parasite infection so animals remain healthy and clinical illness does not develop.

The strategic worming approach is centred on a selective, individualised therapy approach for controlling equine parasites and represents a substantial shift from the more than 40 year old interval-dose, rotational program (Kaplan & Nielsen, 2010).  The scale of parasite burden is assessed with the use of faecal egg counts (FEC) and only those with a high parasite burden are treated with an anthelmintic drug.  (Kaplan & Nielsen, 2010) (AAEP Parasite Control Subcommittee, 2016)

1. Minimise the risk of parasitic disease:

a.  Optimise immune function – small numbers of most worms do not cause any significant health impairment, but rather may stimulate immunity.

i. To estimate the worm burden and egg contamination potential of an individual horse; and

(NB: no exact guidelines have been established for the ‘acceptable’ number of eggs and the shedding status of an individual horse may fluctuate in response to immune status and level of parasite exposure)

Herbal medicine is efficacious across a number of body systems when used in an integrated strategic worming approach that relies less on anthelmintic drugs and aims for control not eradication.  Traditionally, a number of herbs have a long history of use as vermifuges (substances that expel parasites), including Artemisia absinthum, Wormwood, and Fumaria officinalis, Fumatory (Wynn & Fougere, 2007).

Limited, but promising veterinary scientific research has been undertaken supporting traditional vermifuge use, for example, an in vivo lamb study using an aqueous ethanolic extract of Fumaria parviflora produced a marked reduction in gastrointestinal parasites FECs and the extract was found to be as effective as the reference compound,  pyrantel tartrate (Hordegen, Hertzberg, Heilmann, Langhans, & Maurer, 2003).

Herbal medicine has also traditional and scientific evidence showing application in the digestive and immune systems.  The primary pathogenic site for the major parasites is the intestinal wall, where the host’s immune system is circumvented (McGuckin, Linden, Sutton, & Florin, 2011).  Gastrointestinal mucus, its constituents and the intestinal wall in a healthy horse, can mount a protective immune response to minimise the attachment of the parasites and the subsequent pathology (Moncada, Kammanadiminti, & Chadee, 2003).

Unlinger, C. A., & Kristula, M. (1992). Effects of alternation of drug classes on the development of oxibendazole resitance in a herd of horses. Journal of American Veterinary Medicine, 201, 51-55. 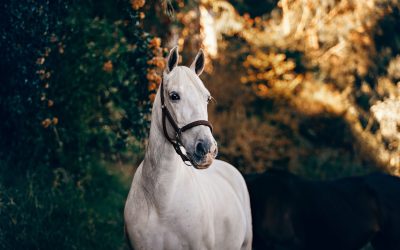 “Good Vets Are Just Too Busy To Report Adverse Reactions To Hendra Vaccines.”

“Good vets are just too busy to report adverse reactions to Hendra vaccines.” Really? When I read these type of statements by well-known people in our Australian performance horse industry and hear many a heated discussion on horses having extreme side effects,...

END_OF_DOCUMENT_TOKEN_TO_BE_REPLACED 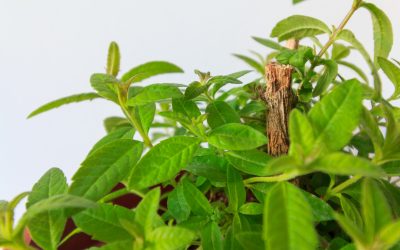 Have you ever wondered how your herbalist got their skills?   Have they actually trained in animal medicine?   There are any number of forums out there discussing which herb is good for what and how much to use. But, how do you really know you are doing the...

END_OF_DOCUMENT_TOKEN_TO_BE_REPLACED

Are you ready to find out how easy it is to make healthy dog treats with real food that your dog loves?